Three Shippensburg University alumni are set to be honored with the Jesse. S. Heiges Distinguished Alumni Award, the university’s highest honor. Established in 1959, the award is named for the university’s first dean of instruction. It recognizes each recipients’ distinguished and outstanding achievements in their field to the benefit of the community and society. 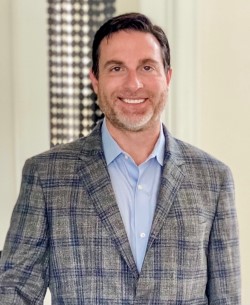 Chad Lesher graduated in 1994 with a BSBA and was a member of Beta Gamma Sigma, the College of Business’s international honor society and the Boxing Club. He is self-employed as the president of CSL Materials, in Frisco, TX. Chad was the youngest regional manager in the 40-year history at Carlisle SynTec when promoted in 2001. After managing three different areas of the United States for Carlisle, he started CSL Materials in 2011 as an independent rep agency for commercial roofing products covering North Texas and Oklahoma. He later added the territory of Arkansas in 2012. Chad started CSL West in 2014 with an office in Colorado. He later added Western Tennessee and Northern Mississippi in November 2019 to the CSL Materials territory. CSL Materials sales have grown from 3 employees in 2011 to a total of 16 employees between CSL Materials and CSL West in 2021. The revenue of the companies grew from $750,000 to $4.5 million. CSL is the largest construction material rep group in the United States representing over 10 different manufacturers. Outside of the CSL business, Chad started and sold an Escape Room business (Escape Hunt Dallas 2016-2019). He resides in Frisco with his wife Heaven, and has three children Austin, Maddie and Elizabeth.