Skip to main content
Prepare for a career in the field of broadcast media in this ACEJMC accredited program.
Jump to Footer
Home | Programs | Communication, Journalism and Media, Broadcast Media Production Concentration, BS

Shippensburg University's Bachelor of Science in Communication, Journalism and Media is one of only three ACEJMC accredited programs in Pennsylvania and the only one in Pennsylvania's State System of Higher Education. The broadcast media production concentration prepares you for careers in television, radio, podcasts, other online media and more.

What Will I Learn?

The Accrediting Council on Education in Journalism and Mass Communications (ACEJMC) is the agency responsible for the evaluation of professional journalism and mass communications programs in colleges and universities. There are 119 schools accredited by ACEJMC.

PRNEWS Education A-List recognizes the best institutions of higher education for career advancement in PR and marketing communications. Their editorial staff examined factors such as curricula, diversity, faculty composition, academic awards and capstone courses. On- and off-campus offerings, such as internships,  are considered; as well as how the schools' curricula reflected the changing nature of communication. 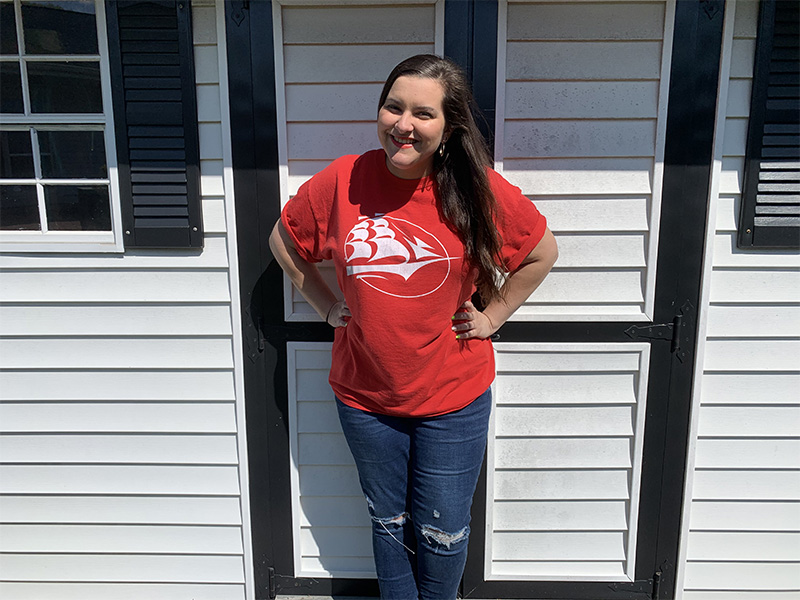 “We have great student-run campus media groups. As a freshman you can come in and start right away. It's very cool and great work experience we can put on our resumes.”

How Leah Found Success at Ship

What are the requirements for this degree?

Students must take 48 credits in the Communication/Journalism major to graduate. Those transferring into the major must have a 2.3 GPA.

What Degrees Are Similar or Might Pair Well With This Program?

These areas of study may serve well as minors:

What Types of Careers Could I Get With This Degree?

Careers are available across many fields that include broadcast media. Some positions include:

What Career Outcomes Do Alumni Have With This Degree?

What Kinds of Experiences Could I Have?

The program has small class sizes for all skills courses. All writing and technology skills courses are limited to 20 students. You will have access to faculty, technology and cameras both in class and outside of class through student-run student media organizations. You will regularly work on class projects in the video and audio editing labs, the Mac lab and using apps on your own mobile devices. Expect to work with the campus television station SUTV, the winner of multiple University Student Production awards from the Mid-Atlantic Chapter of the National Academy of Television Arts and Sciences and WSYC, SU’s campus radio station. SUTV produces a weekly newscast and covers all home football and basketball games. WYSC provides music, sports and information to campus and south central Pennsylvania. You will learn how to produce and direct news, sports and campus events through class assignments and involvement in student media organizations.