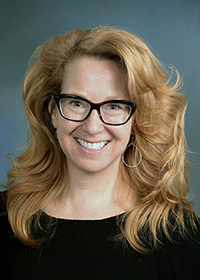 Dr. Alison Dagnes is a Professor of Political Science at Shippensburg University in Pennsylvania. She is the author of "Super Mad at Everything All the Time: Political Media and Our National Anger," "Politics on Demand: The Effects of 24-Hour News On American Politics" and "A Conservative Walks Into a Bar: The Politics of Political Humor." She frequently speaks on the topic of the modern political media system and its effects. She has also edited two books on political scandal and is a national expert on sex scandals, which pleases her father to no end. Prior to receiving her doctorate in Political Science from the University of Massachusetts at Amherst, Dr. Dagnes was a producer for C-SPAN in Washington, DC which isn’t as boring as it sounds.