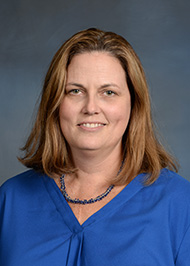 My research interests range from understanding molecular mechanisms of disease, identification and quantitation of biomolecules in organisms (analytical biochemistry), and understanding effects of chemicals on organisms (pharmacology/toxicology). Since my interests are varied, my research group is also varied. Here I describe three separate ongoing projects we work on.

Determination of the signaling pathway leading to tight junction disassembly in diabetic retinopathy: This project is continued work that I started when working in the biomedical research community before coming to teach at Shippensburg. The project is designed to elucidate the molecular mechanisms that cause Diabetic Retinopathy. Diabetic Retinopathy is a complication that arises in many diabetics and is the leading cause of adult blindness. Diabetic retinopathy occurs when tight junctions between retinal cells disassemble due to the activation of a specific signaling cascade. Disassembly results in leaky blood vessels and retinal damage. More specifically, the signaling cascade causes phosphorylation of several tight junction proteins including zonula-occludin 1 (ZO-1). Phosphorylation causes a conformational shift of the protein complex leading to disassembly and increased permeability of the tight junctions. This research aims at elucidating the molecular mechanisms that lead to tight junction breakdown specifically investigating the Mitogen Activated Protein Kinase (MAPK) signaling cascade.

A modified ELISA to determine levels of TTX and its links to the life history of the Eastern Newt, Notophthlmus viridescens: Tetrodotoxin (TTX) is one of the most lethal non-protein neurotoxins. This neurotoxin is produced by many organisms including the Eastern Newt (Notophthalmus viridescens). This ubiquitous eastern North America species secretes TTX from glands located throughout its skin. The TTX is lethal, or at least highly toxic, to many of the Eastern Newt’s predators, so it acts as an anti-predatory mechanism. To date, there is no reliable technique for quantifying this toxin, and additionally little is known about its chemical levels in different stages of the Eastern Newt’s complex life cycle. A protocol for a competitive indirect ELISA is being developed to quantify the amount of TTX secreted by Eastern Newts in the adult/reproductive stage of their lives. Once the TTX specific ELISA is optimized, it will be used on a population of Eastern Newts at Letterkenny Army Depot, South Central Pennsylvania, to determine ontogenetic (egg, aquatic larvae, eft, adult), size (small, medium, large), and sexual (male, female) variation in toxicity levels in collaboration with Dr. Delis of the SU biology department. Ultimately, this research aims to unveil ontogenetic, morphometric, and sexual chemical distinctions that might explain the ecological and evolutionary significance of this interesting chemical adaptation of the Eastern Newt.

Development of a Gas Chromatography/Mass Spectrophotometry (GC/MS) protocol to quantitate select synthetic cannabinoids in DUI blood samples: This project is just starting up in my research group. I have previously developed quantitative protocols for the Cumberland County Forensic Laboratory toxicology section as an analytical consultant. The lab is located approximately 30 minutes from campus. Currently, we have developed methods to quantitate Cannabinoids, Opiates, Amphetamines, Benzodiazepines and Cocaine in blood. These are the primary drugs that the laboratory identifies in DUI cases. The current trends in illicit drug trafficking are presenting an increase in the presence of synthetic cannabinoids. These molecules have recently been made illegal in the state of PA and techniques need to be developed to identify and quantitate these substances in blood in DUI cases submitted to the County Lab. This project will allow students to work on a GC/MS within our department to initially develop and optimize protocols and then travel to the forensic laboratory to help validate the procedures in the functioning forensic laboratory.

When I went to college I was certain I was headed to medical school so I chose to be a biochemistry major in a chemistry department because it was the best way to meet this goal. I did enjoy my high school chemistry and biology classes, so it seemed an obvious choice. It wasn’t until my senior year, after already applying and being accepted to medical school that I started to question my resolve to follow this career path. I chose to take a 1 year break and work as a biochemist in a research lab at Penn State College of Medicine, in Hershey PA studying the effects of anesthetics on cardiac vasculature. It was during this year of work and reflection that I truly acknowledged my true passion to understand and study the biochemical principles of medicine. I entered the PhD program at Penn State, College of Medicine earning my degree in 5 years while starting my family.  I had a second career trajectory change after working as a Post Doc in a large lab that was studying Diabetic Retinopathy. It was at this point that I discovered my passion for teaching. This ultimately led to my work at SU teaching the subject I love- Biochemistry. I am so pleased to have a job that is both rewarding and exciting!

Although I love my students and my work, I believe it is important to have a good work life balance. I view my scientific work as more of a lifestyle than simply a career, so many of my favorite activities outside of research and teaching still include science. I have served as a merit badge counselor in my sons boy scout troop over many years as well as running a camp for young chemists (8-11years old) each summer and am now starting up a forensic camp for high school students on our campus. I also enjoy visiting local elementary schools and day cares to do science with children.

I do take time for myself as well, reading books (favorite book- Harry Potter and the Order of the Phoenix), gardening, swimming, going to movies (all about Star Wars) and taking walks with my dogs. My two children are grown now so one of my favorite actives is taking them out to lunch to hear all about what is going on in their lives.  My husband and I are getting back into hiking, camping, and traveling abroad. I think that my most calming place to visit is the ocean which can be hard to find in central PA- so trips to the beach are always a summer favorite.