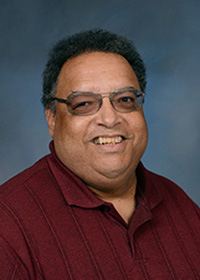 Teaching in the Political Science Department here at Shippensburg University was a dream of mine from my undergraduate days here at the University. I have a long association with the Department going back to my undergraduate days as a “Work Study” student employee of the Department and later as a Graduate Assistant while pursuing my Master’s Degree in Public Administration. I was privileged to return to the Department in August of 1988 as an Assistant Professor and was granted tenure and promoted to Associate Professor in 1993. In August of 2000 I was promoted to Professor of Political Science at the University.

Beyond teaching, I have been actively involved in the Shippensburg University Chapter of the Association of Pennsylvania College and University Faculties (APSCUF), the exclusive bargaining representative for faculty here at Shippensburg and the Pennsylvania State System of Higher Education. I have held a number of APSCUF Offices, including service as a “ Delegate” to APSCUF’s Legislative Assembly, a member of the Statewide Grievance Committee, Statewide Retirement Committee, and the Negotiations Team. Locally, I have served as APSCUF/SU President; President-Elect, Past President and Acting Vice President. Presently I serve as the Faculty Grievance Chairperson for the campus, responsible preparing and presenting faculty concerns and formal grievances to the Shippensburg University Administration. – Beyond APSCUF I have been actively involved in University Service. Presently I am an elected member to the University Forum. Additionally I have been on a variety of search committees both within the Political Science Department and serving the larger campus. During 2002-2003 and 2003-2004 I served as a member of the Search Committee for the Dean of the College of Arts and Sciences. In 2004 I was elected by the faculty here to represent them on the Presidential Search Committee responsible for recommending a successor to former university president, Dr. Anthony Ceddia.

Outside the University I have or currently serve on several governing boards of directors or trustees. These include the Mennonite Publishing Network, where I serve as a member and Board Secretary. I also held seats on the Boards of Directors Menno Haven Retirement Home & Village, Inc. and Menno Haven - Penn Hall Retirement Community, Inc. From November 1995 to June of 2003 I served as a member of the Board of Trustees of Eastern Mennonite University, Harrisonburg, including serving as Board Vice Chairperson during 2002-2003. I am also actively involved, along with my wife Linda and three children (Chris, Alicia and Ben), at Mercersburg Mennonite Church near Chambersburg, PA.