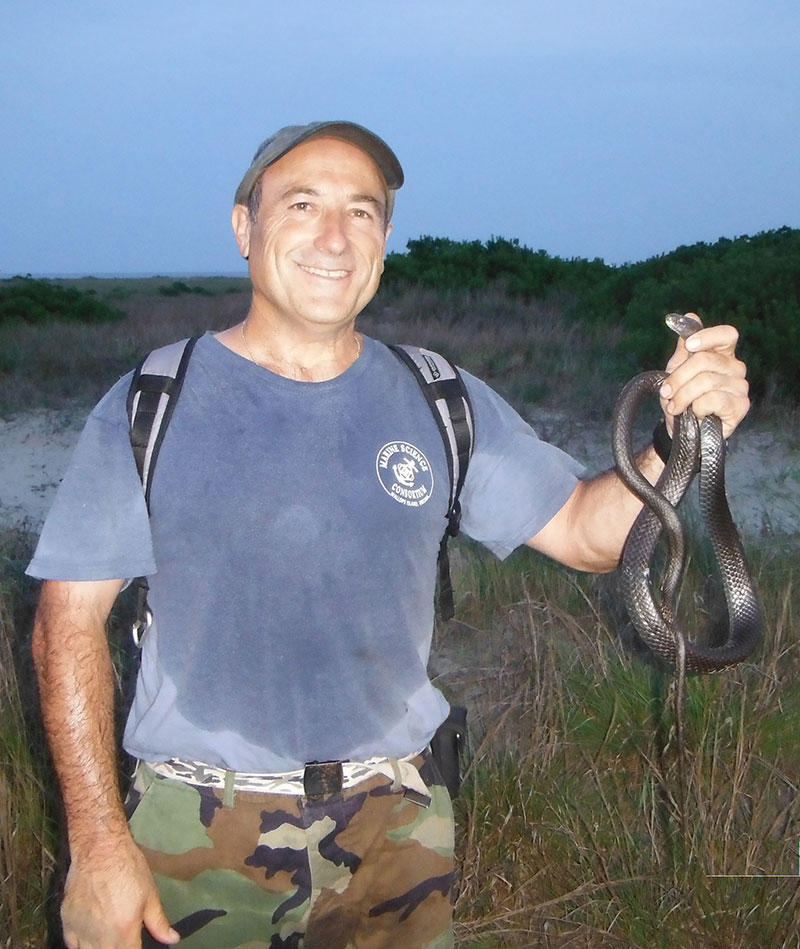 (Master’s Thesis: Effects of Urbanization on the Community of Anurans of a Pine Flatwood Habitat in West Central Florida)

Born in Sevilla, Spain, I became interested in zoology (cool creatures!) early on in my childhood as I was moving to Madrid, Toledo, and Murcia.  During my youth, largely in Murcia, I spent most of my weekends and summers hiking with the Boy Scouts of Spain and learning about nature.  At this time, I also joined the environmentalist organization Asociacion de Naturalistas del Sureste and became involved in bird banding, amphibian surveys, and general conservation issues in Murcia and neighboring areas.  While finishing college studies in Sevilla, I was interested in ornithology postgraduate studies on the ecology of wading birds in the Southwest of Spain.  In 1988 however, I moved to the USA where I pursued my graduate degrees and developed my passion for amphibians and reptiles. I spent 12 years in Florida soaking Florida’s amazing biodiversity and, at the same time, saddened by its unbridled agricultural and especially urban growth.  In 2002, I moved to Pennsylvania where I am happily teaching and doing research on species that I love, especially box turtles, and lately Pennsylvania snakes.

I am a vertebrate biologist, interested in ecology, behavior, morphology, and evolution. My research emphasizes amphibians (frogs, toads, and salamanders) and reptiles (mostly turtles and snakes). With the use of comparative approaches, I examine life history as well as ecological interactions that explain the current demographic status of species and communities. My research includes both natural and anthropogenically impacted environments through long-term studies and with a strong conservation focus.

I am establishing a long-term and comparative study to address demographics and conservation of Pennsylvania's Herpetofauna. A major part of this study is being developed at Letterkenny Army Depot, Chambersburg, PA. I am interested in life-history traits, behavioral characteristics, phenotypic plasticity, and their implications for the conservation of the species. In my research strategy, I combine traditional herpetological and field ecology techniques, as well as cutting edge remote sensing (GIS) and laboratory techniques such as genetics and molecular biology. I often cooperate with intramural and extramural colleagues interested in similar topics.

I am developing permanent lines of communication and interaction with research institutions in Florida (USA), Andalucia (Spain), and Murcia (Spain). I am committed to the early involvement of students in science through my teaching and my research projects, with the goal of developing their full understanding of the scientific methodology as well as the intricacies of the biological world

BIO 494 Field Research Techniques (ONLY IN THE SUMMER)

BIO 417 Coastal Herpetology (ONLY IN THE SUMMER - AT WALLOPS ISLAND)

Julia Russell (In Progress - Expected Graduation 2018). An Examination of the Morphological Variation in the Ringneck Snake, Diadophis punctatus (Linnaeus, 1766), in Pennsylvania.

Stephanie. Williams (Graduated 2017). Terrestrial and Larval Ecology of the Marbled Salamander, Ambystoma opacum (Gravenhorst, 1807), at a Site in South-Central Pennsylvania:  Implications for Conservation.

Lacey Conrad (Graduated 2005). “Transepidermal Water Loss in Shed skin from Aquatic and Terrestrial Snakes.”  Research has been funded by the private company CyberDerm.

Sam Pelesky (Graduated 2005).  “The influence of Prey Availability on the Dispersal and Movement Patterns of the Timber Rattlesnakes (Crotalus horridus) in North Central Pennsylvania.”  Research has been funded by the state agency, the Pennsylvania Department of Conservation and Natural Resources.