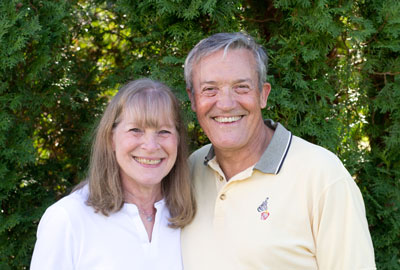 Milton K. Morgan III graduated from Shippensburg State College in 1976 with Bachelor of Science in Business Administration. Milt said of his time at Shippensburg, “I had the opportunity to grow and mature personally, while being exposed to many new ideas and subjects that I have found to be meaningful in both my personal and business lives. I was provided the benefit of self-discipline, a solid academic base, and the ability to creatively problem solve.” He believes that college years are a transformational time for students.  He found that many of his thoughts and ideas were cultivated during his time at Shippensburg.

In 1980, Milt began working at J. Walter Miller Company, which was started in a one-car garage in Lancaster in 1887 by his great grandfather. The company grew into a major manufacturer of commercial brass and bronze castings, and in 1986, Milt was named president of the company. One of the major accomplishments during Milt’s presidency was that the company, through growth, was able to reduce its dependence on the fire protection industry from 98 percent to 30 percent of its production, while at the same time continuing to maintain its position in the industry as the largest producer of sand cast sprinkler heads in the country. He continued to expand the business by acquiring a machine shop and establishing a consumer products division prior to retiring in 2015.

Milt and his wife, Dory, were inspired to support Shippensburg University engineering students, “having spent 38 years in manufacturing, continuous improvement was always my focus, with process improvement and engineered solutions the vehicle driving that improvement. The desire to achieve perfection drives innovation towards a goal we will never achieve, but as we advance technologically, the demand for engineers in multiple disciplines explodes exponentially. Shippensburg University has taken a leadership position as the only Pennsylvania State System of Higher Education School offering a program with various engineering degrees. Dory and I are thrilled to have a role in advancing this program to the next level, the School of Engineering. A strong engineering program coupled with a little creative thinking is a powerful combination. We look forward to a bright future for Shippensburg University, its students, and the impact they will have on our community, our country, and on the world.”

About Milton and Doreen