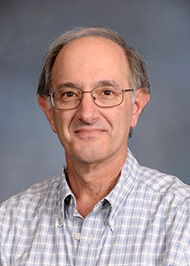 The genes of approximately 900 human GPCRs have been cloned using DNA-based molecular biological techniques; however, only 300 have been pharmacologically identified according to their specific activating agonist. The remaining 600 cloned GPCRs whose agonists and functions remain unknown are termed “orphan receptors.” The orphan GPCR of interest, GP133, was cloned through the Human Genome Project. Due to structural similarities, it was classified to the adhesion subfamily of GPCRs. Since they are believed to engage in cell-to-cell recognition, adhesion GPCRs appear to serve roles in the immune system, cell growth, cellular development and human cancer progression making them a focal point of pharmaceutical research.

All identified human GPCRs have corresponding homologs in other species, including simple eukaryotic (non-bacterial) organisms. As a consequence, identifying human homologs by comparison to the previously identified GPCRs of simpler organisms is possible due to their homology throughout the phylogenetic tree.

When compared to the several thousand GPCRs from all species, GP133 shows significant amino acid sequence similarity to four related GPCRs from the cellular slime mold Dictyostelium discoideum. GP133 and the D.discoideum GPCRs show a 14% amino acid identity and an overall 45% amino acid similarity compared to GP133’s amino acid sequence. D. discoideum GPCRs bind the natural agonist 3’,5’-cyclic adenosine monophosphate (cAMP) in vivo. The activation of D. discoideum GPCRs by extracellular cAMP initiates chemotaxis, the independent movement of cells toward a chemical attractant. Chemotaxis promotes the aggregation of single cells, initiating the development of a multicellular organism from the single cells. During chemotaxis, receptor activation by cAMP initiates an intracellular signaling pathway that stimulates the synthesis of intracellular cAMP. Activation of D. discoideum GPCRs by extracellular cAMP suggests that cAMP may play a role in cellular adhesion, leading to a developmental pathway resulting in a multicellular organism.

After graduating from Bucknell University with a Chemistry degree, I received M.S. and Ph.D. degrees in Biochemistry from VA Tech and the University of Pittsburgh School of Medicine. I then completed a Post-doctoral Fellowship in Molecular Pharmacology at Duke University in the Howard Hughes Medical Institute. I directed basic research in Molecular Pharmacology and taught Ph.D. and M.D. students at Thomas Jefferson University and Penn State College of Medicine. Between then and coming to Shippensburg in 2006, I taught high school chemistry and biology and also wrote experiment-based elementary and middle school science curriculum.

I’m perpetually amazed by the chemical and biological world around us. When I'm not teaching or doing research at Ship, I still enjoy reading about and being involved in science. I often visit elementary and middle schools for science fairs and science outreach activities. I'm also the Co-Director of our summer Chemistry Camp for elementary students. It's incredible seeing the kids' eyes light up when a chemical reaction they initiated results in light, gas, colors or a small explosion. I'm also a consultant for the Toxicology Section of the Cumberland County Forensic Lab, reviewing cases of alcohol and illicit drug use.