A Primer of Free Speech Rights at Shippensburg 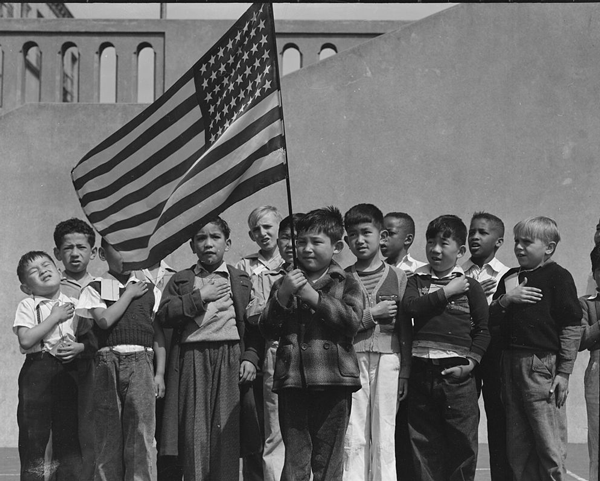 Shippensburg University is an academic community whose membership includes faculty, staff, students and administrators.  The community exists for the pursuit of learning, the transmission of knowledge, the development of students as scholars and citizens, and ultimately, for the general well being of society.  Freedom of inquiry, speech, action, and expression is indispensable in the attainment of these goals.  Academic freedom is at the cornerstone of the enterprise.

Students, as members of the academic community, are encouraged to engage in a sustained, critical, and independent search for knowledge.  The University community supports this endeavor by developing policies and procedures that safeguard the freedoms necessary for the pursuit of truth and knowledge.  The University will strive to protect these freedoms so long as they do not interfere with the rights of others in the community.  Behavior that interferes with the living conditions, co-curricular activities, working environments, teaching mission, research activities, study conditions, and/or administrative functions of the University is unacceptable.   With freedom comes duties and responsibilities.  A student who exercises his or her freedoms as a private citizen and member of the academic community -- whether individually or as a member of a group --- must assume full responsibility for his or her actions.  All Shippensburg University students must abide by local, state, and federal laws and with all published University policies, procedures, rules and regulations.  Violations of laws and regulations will subject the person to disciplinary action by the University and/or the appropriate civil or criminal court.

The Swataney guides student conduct at Shippensburg.  The following is a guide to help interpret the Swataney’s provisions with respect to free speech and expression.

Congress shall make no law respecting an establishment of religion, or prohibiting the free exercise thereof; or abridging[1] the freedom of speech, or of the press; or the right of the people peaceably to assemble, and to petition the Government for a redress of grievances.

LAW: THE FIRST AMENDMENT PROTECTS THE PUBLIC FROM GOVERNMENT SUPPRESSION OF SPEECH

The Bill of Rights (the first Ten Amendments to the US Constitution) protects the public from government abuse of power, not from abuse of power by private companies and not from abuse of power between private citizens.  Shippensburg University is a public institution and is, therefore, an arm of the government.  The Bill of Rights controls how public colleges and universities manage issues about protected expression.  Conversely, students and employees who attend or work at private universities such as nearby Gettysburg College or Wilson College may curtail speech and expression their respective communities deem offensive because private universities and companies are not the government.

CASE: In 1988, Jimmy “the Greek” Snyder, a sports commentator for the Columbia Broadcasting System (CBS), said in an interview referring to African-American athletes that “the Black is the better athlete because he’s bred to be the better athlete,” and was promptly fired.  Did CBS violate Snyder’s free speech rights?  No.  CBS is a private company, and Snyder signed a contract agreeing to CBS policies that may punish him if his speech reflected poorly on the company’s “brand.” (See January 17, 1988, The Washington Post, “’Jimmy the Greek’ fired by CBS for his remarks”).

SHIPPENSBURG UNIVERSITY REJECTS AND CONDEMNS ANY AND ALL RACISM

LAW: FREEDOM OF SPEECH INCLUDES EXPRESSION IF NOT DONE TO INTIMIDATE, THREATEN, OR HARASS

It is legal to burn the flag, make an obscene gesture (lifting the middle finger), or say hateful things on social media because acts that communicate ideas and expression enjoy First Amendment protection.  In 1968 at the height of the Vietnam Conflict (war was never declared against N. Vietnam), 19-year-old Paul Cohen walked into a courthouse and walked through the public corridors wearing a jean jacket with “F*** the Draft” on the back.  He was arrested because members of the public were offended by Cohen’s message and convicted .  On appeal, the US Supreme Court reversed Cohen’s conviction and said, “One man’s vulgarity is another’s lyric,” which means the speech one person finds offensive may be music to someone else.  (Cohen v. California, 1971).

It is also legal to burn a cross unless the act is meant to intimidate or threaten.  For example, the Ku Klux Klan can legally burn a cross during one of their private gatherings as expressive conduct.  On the other hand, burning a cross to welcome racial minorities to the neighborhood is done to intimidate and is illegal.  Intimidation is a type of “true threat” which the government can suppress because society wants to protect people from the fear of violence the threat communicates.  (Virginia v. Black, 2003) (cross burning is lawful, but not when done to terrorize people).

Offensive speech is not necessarily harassment.  Harassment is a repetitive act that causes harm and goes beyond “the mere expression of views, words, symbols or thoughts some person finds offensive.”  (Matal v. Tam, 2017) (Asian boy band won the right to trademark their name “The Slants,” even though the public might find the term racially and ethnically offensive).

CASE: In April 2013, University of Central Florida Professor Hyung-il Jung said during an exam review session, “This question is very difficult.  It looks like you guys are being slowly suffocated by these questions.  Am I on a killing spree or what?”  A student reported the professor for communicating a threat.  The professor was punished but was eventually exonerated (cleared), because his statement did not explicitly threaten an identifiable group of individuals.  (See April 25, 2013, The Orlando Sentinel, “UCF instructor placed on leave after ‘killing spree’ comment”).

There is some speech and expression that is never protected by the First Amendment and which the government may suppress (keep the public from seeing) and punish (those who produce or utter), such as obscene materials, child pornography, fighting words, and falsely yelling “Fire!” in a crowded forum causing panic and an ensuing stampede hurting people.

It is legal to express hate speech; it is illegal to act on that hate and physically harm people.

CASE: The Westboro Baptist Church held up signs at the funerals of servicemembers who had died on active duty.  The Church celebrates the death of US military members because, in their view, the military protects a corrupt America that tolerates the LGBTQ community and the Church condemns homosexuality.  Some of the signs read, “Thank G** for Dead Soldiers” and “You’re going to Hell.”

A father of a fallen Marine sued the Church for emotional distress caused by the Church’s protest at his son’s funeral.  The US Supreme Court found in favor of the Church’s rights to express their global messages even though their messages may have pained the grieving family.  The Church’s signs did not target the fallen Marine by name but expressed their beliefs and opinions in generic terms.  In deciding for the Church, Chief Justice Roberts said:

“Speech is powerful.  It can stir people to action, move them to tears of both joy and sorrow, and--as it did here--inflict great pain. . . we cannot react to that pain by punishing the speaker (emphasis added).  As a Nation we have chosen a different course--to protect even hurtful speech on public issues to ensure that we do not stifle public debate.”  (Snyder v. Phelps, 2011).

Sometimes, you just do not know what to do?!  What are our rights?  Can the University discipline you for your speech and certain acts related to speech?  Read the five scenarios presented.  When decision time comes, make a choice about what you believe is the legally appropriate response.  Then go to the last page and see if you chose the correct answer.

For further information about the rights and responsibilities of the First Amendment, please contact the Office of Equity, Inclusion, and Compliance in Old Main 200, 717-477-1161.

Contact the Office of Inclusion, Belonging, and Social Equity PREVIEW: No. 2 Field Hockey to play No. 3 West Chester on Thursday in NCAA Semifinals